A Q&A to remember!

College student Felix had a surprise invitation to a Zoom call with Raheem Sterling leading goal scorer for the England football team.

Charity, ‘Make A Wish’ , fixed it for Felix to put his question to one of his sporting heroes Raheem Sterling.

In the live YouTube broadcast of the England team channel’s Lion’s Den show, Felix quizzed Raheem on his biggest achievement to date.

Felix was amongst 4 others to get this exciting opportunity during the lead up to the England versus Germany match in the EUROs.

The show was watched by more than 69,000 viewers and Felix found out what Raheem would say was his greatest achievement.

Sterling also went on to compete to win a highly coveted prize for Felix! 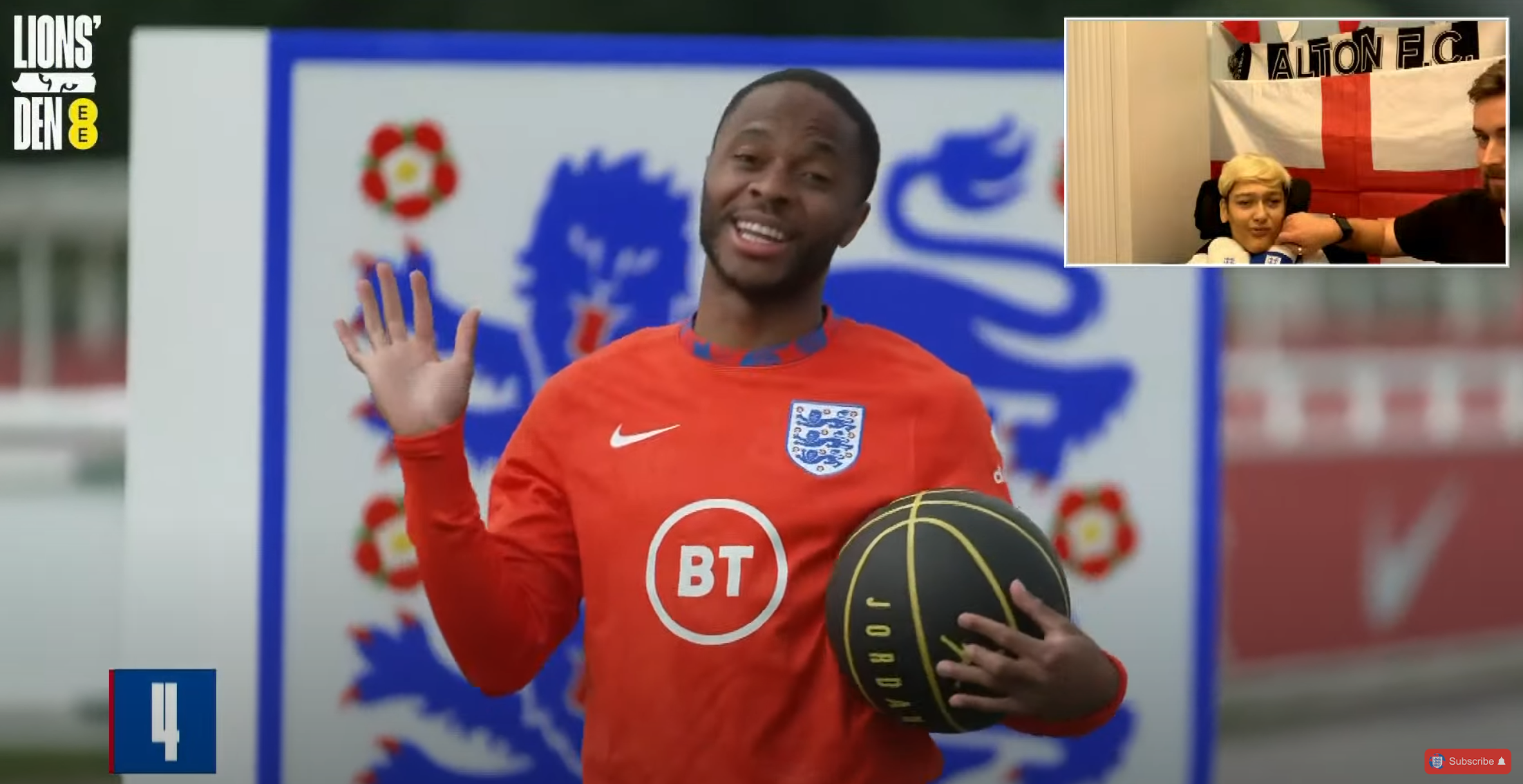