An Insight to Treloar’s

This is a copy of Mark’s wonderful Treloar Talk, which superbly demonstrates not only his skill as a Chaplain, but the hopes, fears and dreams in the world of Treloar’s.

I imagine most parents know that feeling of trepidation just before knocking on a teenager’s bedroom door, to tell them that it is time to get ready for school.  You know, for sure, you’re not going to be their favourite person in the world.  Working as part of the student support team on Brewer House at Treloar’s, you become aware that for these teenagers the prospect of engaging with education requires an even greater, indeed an almost superhuman act of will.

Facing a bunch of support assistants closing in on you with slings and shower-chairs at the ready, when you’ve only just begun to wake-up must be the stuff of nightmares, especially for a self-conscious teenager, but it is extraordinary how, with the right skills; practical skills, personal skills; with the right kind of respectfulness and gentle determination; this unpromising scenario can become a scene of humanity at it’s very best; people co-operating with grace, dignity and often deeply-inappropriate humour.

During four years as Chaplain at Treloar’s, which included a certain amount of student support work, it was impossible not to be impressed by the resilience of students and staff alike.  Treloar’s is a place that poses important questions about being human, and what human flourishing is really all about – what it requires, what it looks like.

The luxury of Treloar’s, certainly when I was there, was the luxury of time – time to pay proper attention to each student, and time to make sure that they could each make their contribution – to discover ways of doing things that may just not have seemed feasible at first glance.

Students with no speech, assumed to have nothing to say, with time were shown to be sophisticated thinkers, just waiting for the right kind of communication equipment.  Hearing heart-felt prayers coming out of an assistive communication device is a deeply moving, humbling and enriching experience.

Stepping out of Treloar’s can be quite a shock – stepping into a world that doesn’t give anyone or anything enough time and attention; a world where humans are treated like machines, measured by how much they can produce in the shortest possible time – whether that be cars, or reports, or people washed and dressed, or even ‘bums on pews’!  Treloar’s isn’t perfect, but its students demand that we look at things differently, more carefully, and raises questions about what human flourishing really is, beyond mere survival or the accumulation of wealth.

And time is expensive, for sure.  I don’t envy those who have to balance the books; who have to make decisions about staffing, in particular, because Treloar’s is, above all, about people – the people who can give the time and expertise that will make the most difference to the students – enabling them to discover who they are and what they have to offer.

I know it is a cause of enormous sadness for many at Treloar’s, that the students will, I suspect, spend most of their lives in residential settings where their contribution is limited, not by their ability necessarily, but by the lack of opportunity offered to them.  They will, I hope, be well cared-for, but that is surely the absolute bare minimum she should be owed as a human being.

You may be aware of what’s called the “social model of disability”, as opposed to the medical model – where the ‘problem’ isn’t with the person who cannot access the building because they cannot climb steps; the problem is with the building that cannot be accessed by everyone.  It represents a different mindset, a different way of looking at things, which refuses to treat people as problems.  Similarly, in our economic models, in our world of work, the ‘problem’ should not be the person who needs certain facilities, who cannot be as economically productive as other employees; the problem is a world that cannot properly receive or value the contribution of every single human being.

A Treloar student may never be able to operate a computer as quickly as other people, but the contribution they could make to the right kind of office environment would be immense; not least the influence they might have on how people treat one another; the office politics.

And, because pounds and pence will always matter, it would be fascinating to actually do the research to see what that difference might look like, in terms of productivity, if people took a bit more time with each other, challenged by and following a Treloar’s example.  I wonder what might happen to levels of sick leave, for instance?

Treloar’s, or rather the students of Treloar’s, present a real challenge to wider society; Treloar’s teaches them that they have a contribution to make – our society must work out how it will value and enable that contribution.

And, as I have hinted, this isn’t just about doing right by the students; this is about developing a richer understanding of what it means to be human and a better understanding of what it means to flourish.  This matters to everyone.  I’m probably preaching to the choir when I say that Treloar’s students are not mere objects of charity, they are teachers in the school of being human – a school of rich diversity where we all might learn and flourish.

Talking personally, 5 or 6 years down the line, I’m still learning lessons from those early mornings on Brewer House, coaxing teenagers out of their beds and helping them prepare for the day.  I’m learning especially about dependency; how to be dependent on other people with the kind of humour and dignity that those students showed, rather than always insisting on my own independence and autonomy.  A crucial lesson, that I may spend the rest of my life trying to learn.

As you may have gathered, I now work at Westminster Abbey as a Minor Canon.  Having got over the disappointment that this wasn’t going to involve making small explosions, I realised that I might make some contribution in designing and project-managing some significant Abbey services.

Westminster Abbey, as you no doubt know, contains countless monuments to the great and the good, who have made various contributions to the nation’s life over the centuries – from Handel to Dickens, from William Wilberforce to Isaac Newton, and no end of Kings and Queens.  As you can probably guess, they’re not a terribly diverse cross-section of society, and so the proudest moment for me was to organise the burial of the ashes of Professor Stephen Hawking in 2018.

At last there is someone remembered permanently in the Abbey whose contribution was not just his prowess as a scientist – although that might be significant enough – but also his contribution as a powerful advocate for people with disabilities, who helped to change attitudes and challenge prejudices.  I hope his place in the Abbey, and in our national memory, will open the way so that the contributions of those with disabilities are more highly valued and much better enabled.

And, at the risk of repeating myself, and as you all know so well as friends of Treloar’s, this is not just about being nice to people who are ‘less fortunate’ – this is about recognising that if we do not value the contribution of every human being we will all be diminished.  If you will forgive me for being theological for a moment, it is about recognising (to paraphrase St Paul) that ‘God has chosen what is weak in the world to shame the strong’ and ‘the members of the body that seem to be weaker are indispensable.’  (1 Corinthians 1.27  & 12.22) 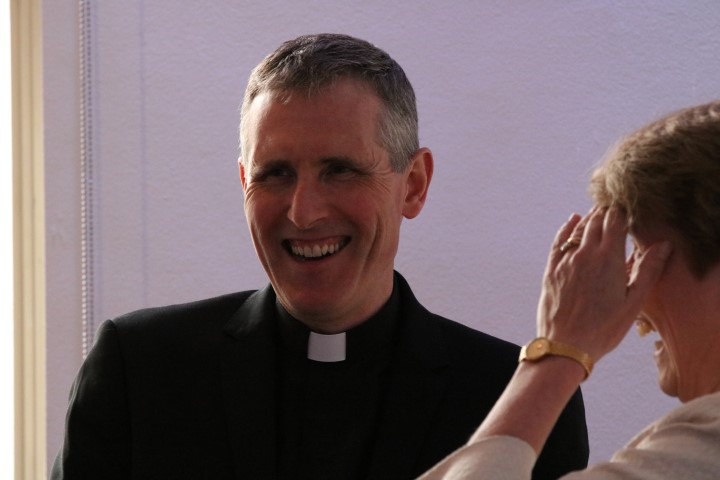