We are thrilled that The Dummer Fair has again been a fantastic success and has raised £32,000 so far in aid of Treloar’s.

The annual fundraising event is a firm favourite for shoppers across Hampshire, Surrey and Berkshire. Held over two days, around Michaelmas in October, the Fair certainly did not disappoint. Around 1,000 shoppers attended across the two days and bought from a wide selection of artisan and independent businesses, ranging from crafts to food, clothing and gifts.

All the profits from the Fair are donated to the Treloar’s. The committee, who organise the Fair, are incredibly proud that The Dummer Fair is one of Treloar’s flagship events and makes such a substantial difference to the needs of the amazing young people who live and learn at this remarkable establishment.

Rebecca Caplan, the Committee Chair said: “15 years ago I moved to Hampshire and I had two criteria for which charity to support – local and young people, Treloar’s was the perfect fit. I have been fundraising for them ever since and am a huge supporter of everything they do. Running the Dummer Fair in aid of Treloar’s was a natural fit. Proceeds raised from this fair are so important for Treloar’s both in terms of financial support but also to ensure the local community get to know about the charity. I am absolutely overwhelmed by the amount raised at this year’s fair. A truly magnificent effort and has set the bar high for future years.”

Jon Colville, Director of Fundraising at Treloar’s added: “An event like this takes many months of planning so we have to give huge thanks to the committee, who not only planned and managed the event but worked so hard on the day. Thanks also to our sponsor Savills and their team who greeted everyone at the entrance, then the legion of hard working, loyal volunteers, the Friends of Treloar’s, our SAP volunteers and everyone at the Dummer Cricket Centre who made the event possible. I don’t want to miss the Treloar team either who parked their normal work routine to help on the day. All the profits are invested in our young people so a wonderful and slightly different way of raising money for Treloar’s. We are very grateful to everyone who supported the event”

For more information about the Fair, please visit the website – www.dummerfair.org.uk 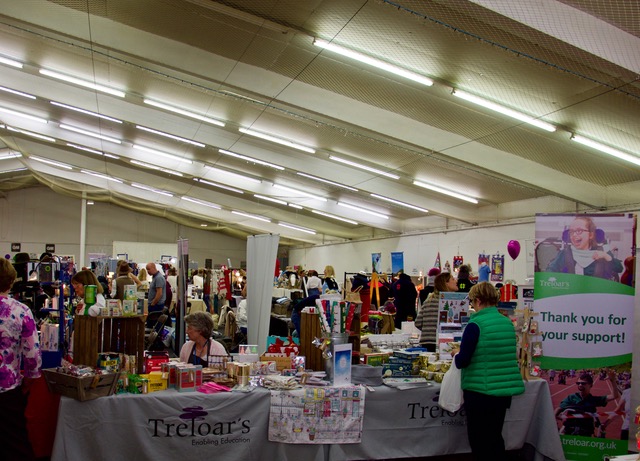