Treloar’s teamed up with the Worshipful Company of Chartered Surveyors for their entry into this year’s Lord Mayor’s Show which was held on Saturday 10th November.

The Lord Mayor’s Show is one of the best-known annual events in London as well as one of the longest-established, dating back to the 16th century. The new Lord Mayor is appointed every year and the public parade that takes place as his or her inauguration ceremony reflects that this was once one of the most prominent offices in England. This year Peter Estlin was welcomed as the 691st Lord of Mayor of the City of London.

The Treloar’s Coach was the main feature of the entry which was decorated as a caterpillar with walkers donning butterfly outfits to signify the way the School and College transform the lives of its physically disabled students. The entry was supported by Treloar’s staff and international volunteers and members of the Worshipful Company of Chartered Surveyors, some of whom were dressed up as London’s famous buildings. The Worshipful Company of Chartered Surveyors very generously funded £115,000 towards Treloar’s appeal for a new Coach to help it’s students get out and about on enables them to access the local College, work experience opportunities, occupational therapy community trips, essential medical appointments and extracurricular activities.

Over 7,000 spectators lined the streets in the sunshine to cheer all the participants on. The parade itself was over 3 miles long, featured over 200 horses and representatives from across the globe.

Great fun was had by all those who attended and it was a fantastic opportunity to raise the profile of the School and College with the parade televised on BBC1. 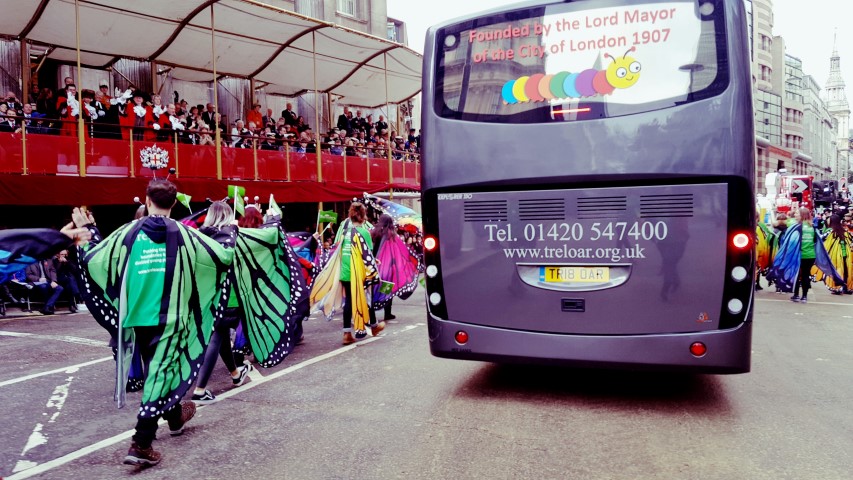 On Monday 5 February Treloar’s students and staff were delighted…

The Mansion House in London was the sumptuous setting for…