Treloar College students had an OWLSOME time getting to know a variety of birds of prey on Tuesday. Alan from First Class Falconry spent a day at Treloar’s introducing students to his birds and sharing fascinating facts about them and his job. 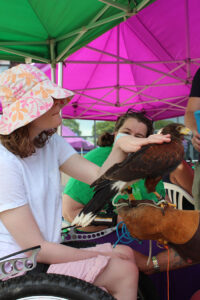 We were really lucky as Alan brought with him owls and a Harris’s hawk. Both students and staff were impressed by the fantastic display of birds: we met a tiny Sunda scops owl that was really affectionate and enjoyed being stroked by students, an Australian boobook owl that was a bit bigger than Sunda, a huge Siberian eagle owl with piercing orange eyes and a Harris’s hawk that was really patient with the students and happy to be stroked.

During the presentation, Alan also showed us a kookaburra – not a bird of prey, but definitely the most memorable out of the whole bunch! Even though Alan warned us about it, it took us all by surprise when we heard its distinctive song. 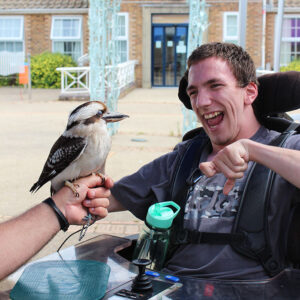 To the students’ delight, they were even able to stroke the birds and feel the feathers. Connor said it was the best day of his life!

We would like to thank Alan for this experience as it brought the students a lot of joy – it was informative, exciting and intriguing. 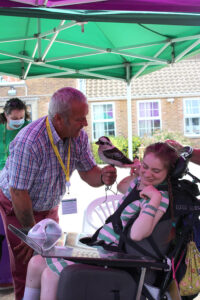 About Alan and his passion for birds:

First Class Falconry is run by Alan Greenhalgh. He has a lifelong passion for birds of prey and had his first kestrel when he was 12 years old. He has had many birds since then and now has a first class team of birds including falcons, owls, hawks, an eagle and a Kookaburra. 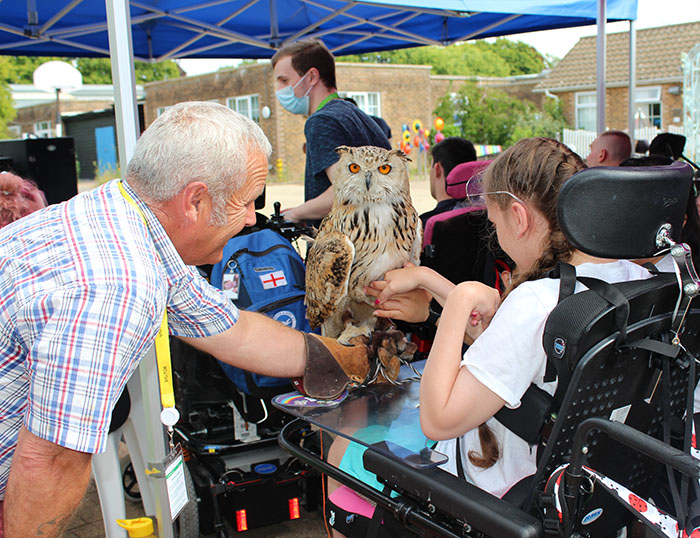