Sun shines on the Lord Mayor’s visit to Treloar’s

The sun was shining on Wednesday 27th March as Treloar students and staff welcomed the Lord Mayor of London, Alderman Mr Peter Estlin, and The Lady Mayoress, Mrs Lindy Estlin, to the campus in Holybourne. Accompanying the Lord Mayor were Sheriffs Alderman Mr Vincent Keaveny and The Hon Liz Green, as well as Masters and Prime Wardens of 50 Livery Companies. With over 100 attendees this was a hugely welcome and successful visit.

This annual event is an opportunity to celebrate Treloar’s heritage, linking back to its founding in 1908 by the then Lord Mayor Sir William Purdie Treloar, and to thank those attending for their support. Visitors were given the opportunity to tour the campus and were able to visit classes in session, the specialist therapy rooms and the residential accommodation provided on the campus.

The Lord Mayor and his party visited a Domestic Independence class, where cakes were being baked for later in the day and also a Sixth Form class, where students re-enacted excerpts of their recent performance of Romeo and Juliet for the Lord Mayor.

In his speech, the Lord Mayor stated that “Today I am inspired by the students, their passion to learn and their creativity” and went on to thank everyone for attending and making such a valuable contribution. As part of the visit, the Lord Mayor attended an Extraordinary Trustees Meeting, as an honorary Trustee, which also included Treloar Trust Chairman Alistair Mackintosh and CEO designate Jessica Taplin.

After lunch, patrons and guests were treated to a screening of “The Story of Treloar’s”, a film produced by Treloar’s students in collaboration with 104Films and financially supported by the Heritage Lottery Fund. The film documented the founding of Treloar’s and how Sir William used his connections within the Livery movement to make his dream a reality.

The day finished with a musical performance by the Treloar Open Orchestra, using the Clarion programme to make music, alongside the Treloar Choir and four professional musicians, who performed a stunning rendition of Pachelbel’s Canon in D.

Tony Reid, Treloar Trust CEO commented: “As I retire from Treloar’s this year, it is heartening to see the continued warmth and strength of our wonderful relationship with the Lord Mayor and the City of London Liveries and I am sure this will continue through Jessica’s stewardship.” 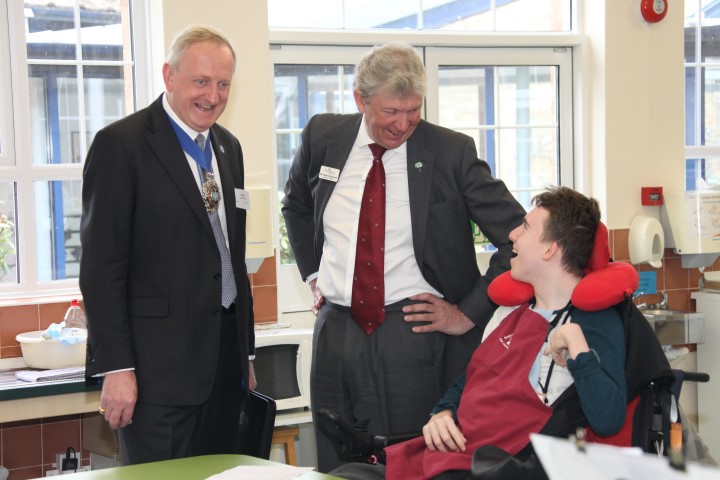 Treloar’s teamed up with the Worshipful Company of Chartered Surveyors…

The Mansion House in London was the sumptuous setting for…