Katie has started a paid Supported Apprenticeship as part of a successful pilot project with Treloar College and the Department for Work and Pensions (DWP).

This is the first of its kind, the Supported Apprenticeship pilot was devised as a way of increasing the number of physically disabled young people in paid employment. This pilot uses their individual experiences and expert insight to develop the scheme for future participants.

During 2019/20 the Treloar’s  Transition Team have been working closely with the DWP to establish this pilot scheme to learn the best ways to support young people with physical disabilities on their path to part-time paid employment.

Commenting on the success of the scheme, Theresa Wootten, Service Leader at the DWP said:

“I think I’ve just had one of the best moments in my DWP career, the reaction of Katie when we told her about her apprenticeship opportunity was just amazing.”

Katie’s positive attitude to employment and sheer determination has helped her gain the 23 month paid Supported Apprenticeship. Katie started work at Bromley Job Centre on November 9th in an Admin Officer Decision making role. We can’t think of a better way to mark the 25th anniversary of the Disability Discrimination Act, by celebrating the success of our students.

The Treloar’s Transition Team has been instrumental in supporting Katie with this pilot since July 2019, working collaboratively with the DWP. Treloar’s Job Coach is working with the DWP on a new employability project for our interns. Treloar’s looks forward to maintaining the relationship with the DWP to further develop a joint framework to improve the outcomes for young people with physical disabilities who seek paid employment. 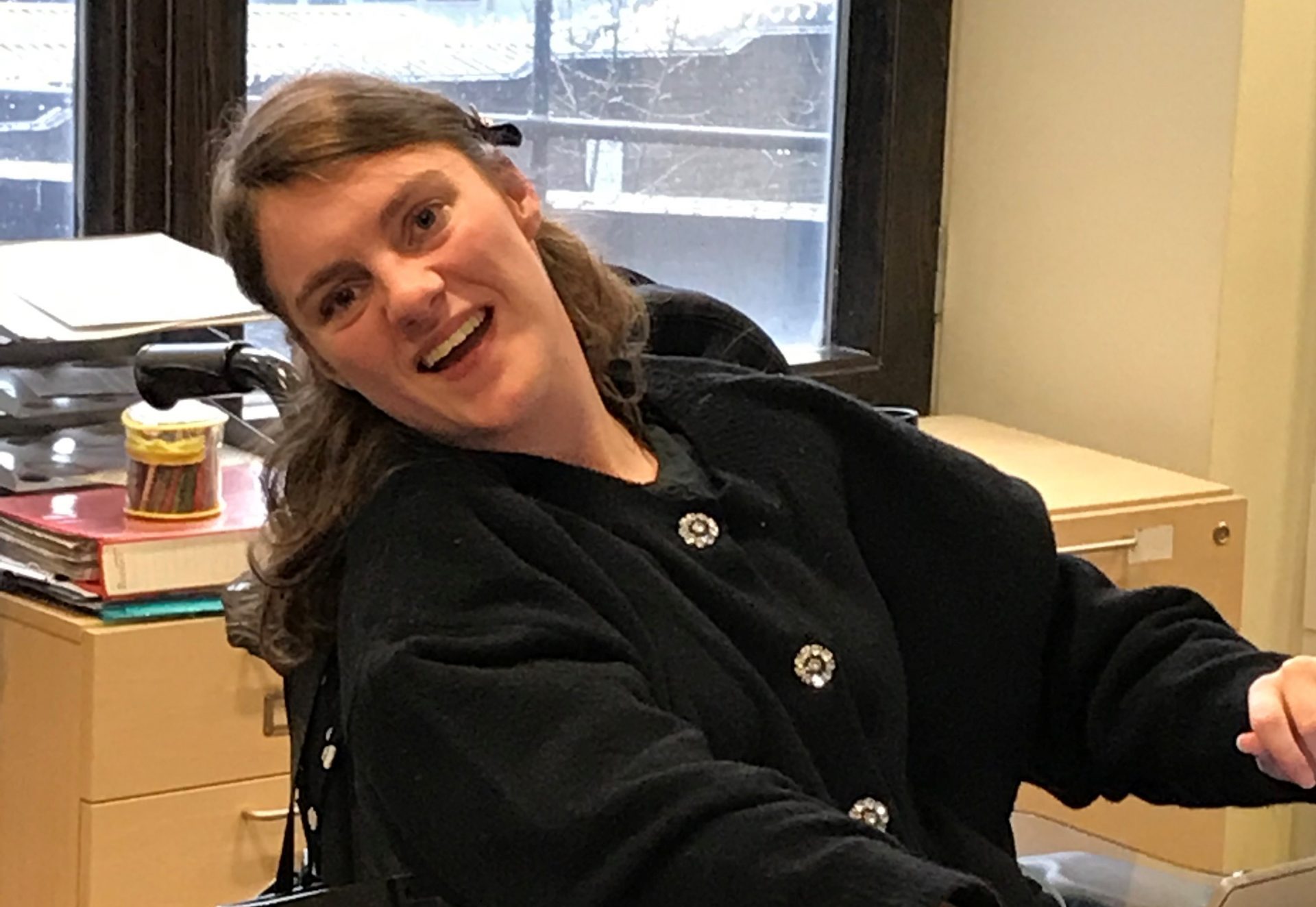