Treloar’s is thrilled to announce that Alderman Sir Andrew Parmley has agreed to become a Patron of the charity.

Alderman Sir Andrew Parmley served as the 689th Lord Mayor of the City of London in 2016-17. Sir Andrew has been an elected Member of Common Council since 1992 and was elected Alderman of Vintry Ward in 2001. He has served on many of the City of London Corporation’s committees including as Chairman of The City of London School for Girls and The Guildhall School of Music and Drama as well as being Governor of The Honourable the Irish Society. He is involved in education and music and is a keen member of more than twenty City Livery companies including The Worshipful Company of Musicians, his ‘mother’ company.

Sir Andrew and Lady Parmley have visited Treloar’s on many occasions, including during his year of office as Lord Mayor of London and as Master of The Worshipful Company of Vintners. Treloar’s were also honoured that Lady Parmley, as the then Lady Mayoress, visited to open their fabulous new outdoor, musical Sensory Garden in September 2017.

“I am delighted to be a Patron of Treloar’s and to be able support the vital work of the College which was inaugurated by my predecessor in 1907,” said Alderman Sir Andrew Parmley.

All at Treloar’s are very much looking forward to working with Sir Andrew in the future and are truly delighted that he has joined as a Patron. 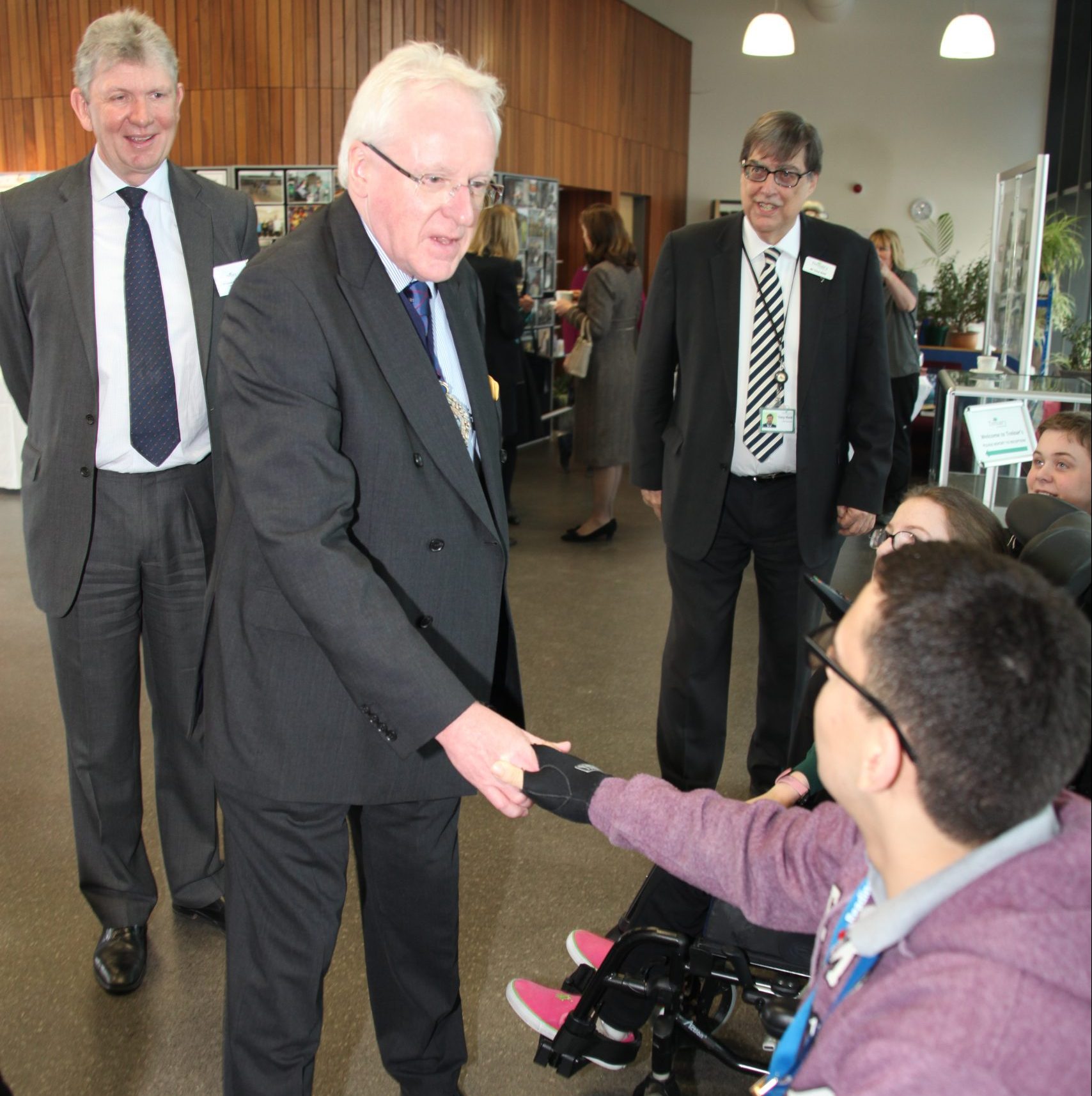