On Friday 8th February 2019, seven schools competed for supremacy in the County Table Cricket Competition, held at the Ageas Bowl in Southampton.

Table cricket is played on a table tennis table with side panels to contain the ball and sliding fielders placed around the table to create the playing area.   A ramp is used to bowl and players bat to score runs, simulating a game of cricket.  Table cricket is accessible from a wheelchair and The Lord’s Taverners Table Cricket programme gives young people with severe physical or learning impairments opportunities which they would not otherwise have to participate in a competitive game of cricket.

Team Treloar, captained by School student Matt, finished a very respectable 3rd and were the only team with all wheelchair users.  Taking part were six Treloar School students: Captain Matt, Poppy, Arlo, Dom, Saskia and Logan. They won their first game by 12 runs, lost the second game by 25 runs and their final match was a draw with 216 runs each.

Throughout the event, the atmosphere was electric and PE technician Kim Smith, who accompanied the students, stated “As always, I am very proud of my team.”

Well done to everyone who took part and congratulations on a great result! 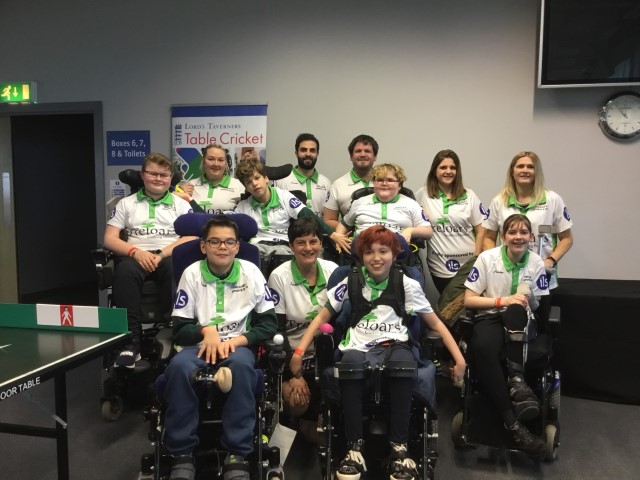