Treloar’s supporters from the local community and former students were amongst those who attended the annual Christmas Fayre on Friday 7th December. The Fayre was officially opened by Treloar patron and former student David Smith MBE, who cut the ceremonial ribbon in the presence of Treloar’s Principal, Martin Ingram, staff and students.

For visitors who had come in search of quirky and unique Christmas gifts there were options galore with everything from limited edition art prints and handmade tree decorations to fused glass jewellery available from the Fayre’s 28 stalls.  Student run enterprises were, as always, a big draw with visitors snapping up many of the items that students had made; alongside the Treloar’s Parents Association’s ‘horticulture cart’, where visitors could buy beautiful hand crafted wreaths customised with the ribbon of their choice.

Santa stopped by to say hello to the Fayre’s younger visitors and to point accompanying adults in the direction of the fundraising team’s themed hamper raffle. Putting together a hamper for the raffle is a tradition that many classes and departments at Treloar’s embrace, with 28 hampers up for grabs this year.  The Christmas Fayre was kindly sponsored by Marshalls BMW Mini Hampshire who showcased two of their vehicles on the piazza.

In total the Fayre raised £2,000 which will be used to support our on-going spring treat of chick and duckling hatching!  The eggs will be monitored until they hatch and will then be cared for by staff and students until it is time for them to return back to their home.  These boxes are a fantastic way of motivating and engaging students and when coupled with the right educational resources can help implement the curriculum, all of which will be covered by the proceeds of the Fayre.

Thank you to everyone who supported this event. 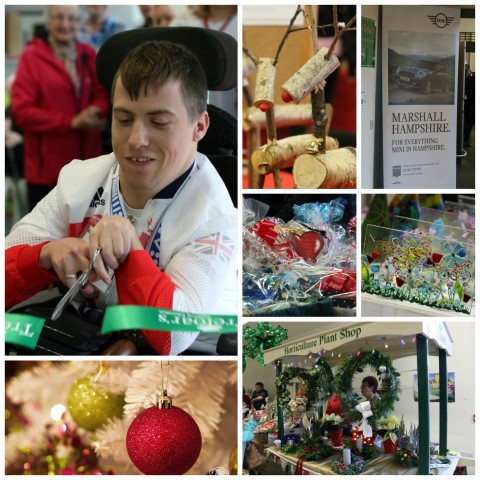 Over 60 enthusiastic walkers took part this year and walked…

It’s not too late to book NOYO concert dates