On the 29th March 2022, the government published a green paper on the future of the special educational needs and disabilities (SEND) and alternative provision (AP) system.  For the last 13 weeks, parents, carers, young people and professionals within the sector have been invited to share their views on the proposals, as the government has been undertaking a public consultation on the green paper’s proposals.

Treloar’s has submitted a detailed response to the government’s SEND and AP Green paper, from the perspective of a charitable independent special school and college with a high level of specialism.

To summarize the major points in the response, we are very concerned about aspects of the review.

These include a proposal to standardise levels of support by tariff bands, which seems to be a step backwards in providing tailored support based on assessed needs.

We oppose the proposals to introduce mandatory mediation and tailored lists of approved education settings.  These appear to be extra hurdles and the limit choice in a system which is already often hostile to families.

We are also concerned that Further Education has virtually no mention in the reforms.

There are things to commend in the Review, including standardised digital EHCPs which can be more easily transferred between settings.

We welcome the prospect of a clearer and more integrated decision-making structure at national and local level, and have suggested that thought is given to a separate process for the commissioning of highly specialist services which tend to span multiple local authority areas and regions.

The overall tone of the Review however is that SEND support is expensive and to be avoided, and largely preventable through early intervention.  We would like to remind government that not all needs within SEND are either preventable or negative, regardless of whether they require support.  Disability and special educational needs are not a negative feature of our society, and people requiring SEND support should never be made to feel like a drain on the system merely for requiring an education which meets their needs. 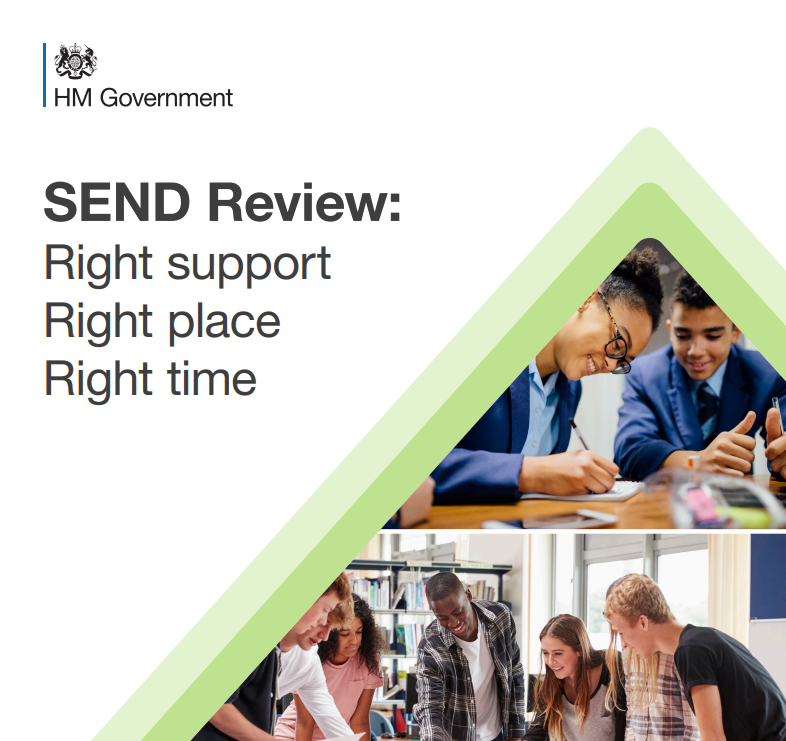